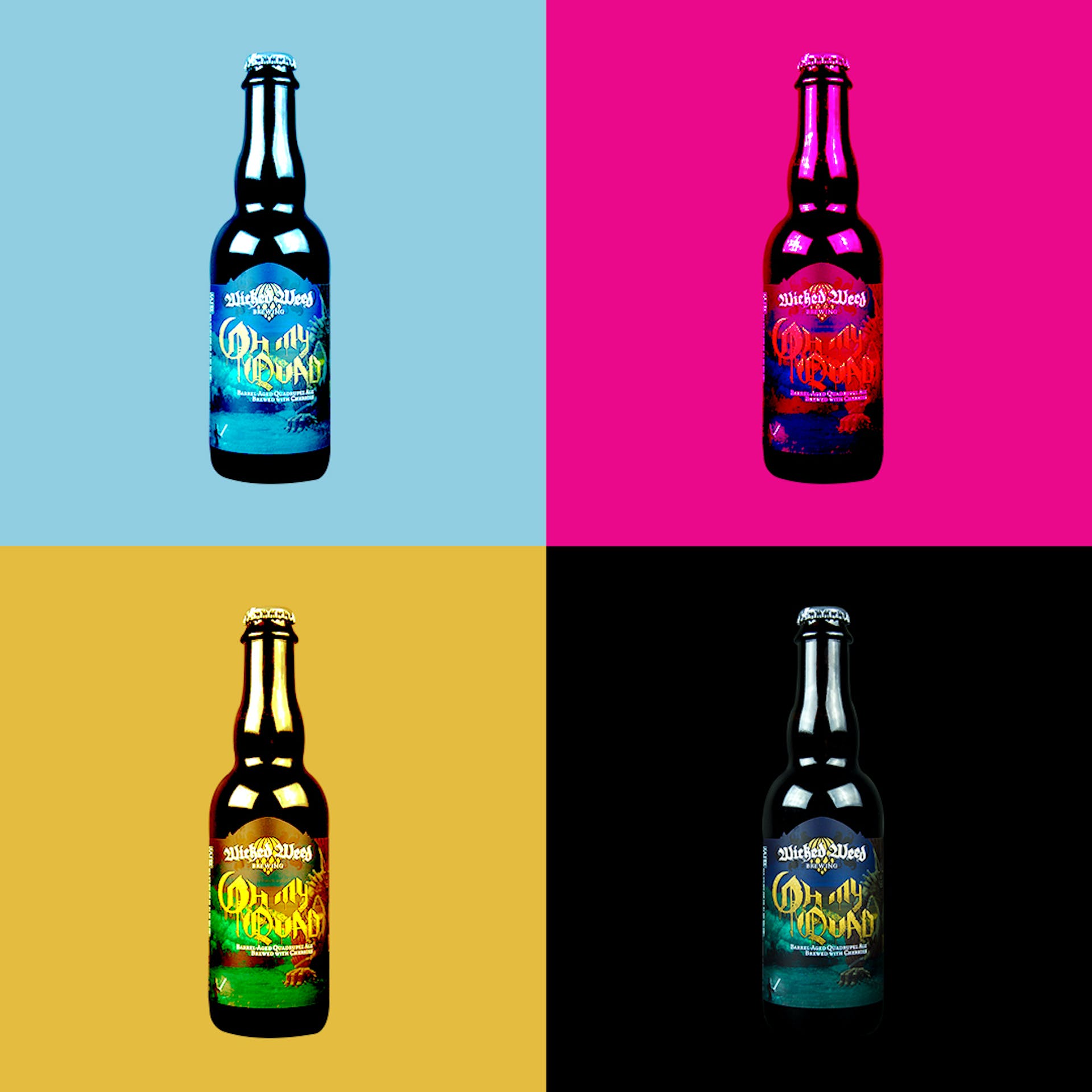 The oaken monstrosity terrorized the countryside, crashing his lumbering frame into houses, leaving a trail of utter devastation. Garron the Valiant, seeking fame for his family, stole his father’s horse and sword, and left in the night to murder the monster. The carnage led him to a hill, behind which the barrel behemoth demolished a village. Garron shrieked, raised his sword, and drove his spurs into his father’s horse to gallop to the summit, face-to-face with the four-barreled nightmare. “Oh My Quad,” he breathed, as the barrels pummeled him into the soft earth.

Oh My Quad is a 13.4% ABV, Barrel-aged Belgian-style Ale in the Grand Cru tradition. This brewpub original evokes dried, pitted fruits through its combination of select yeast, malts, and dried cherries to showcase what we love most about big, Belgian beer.