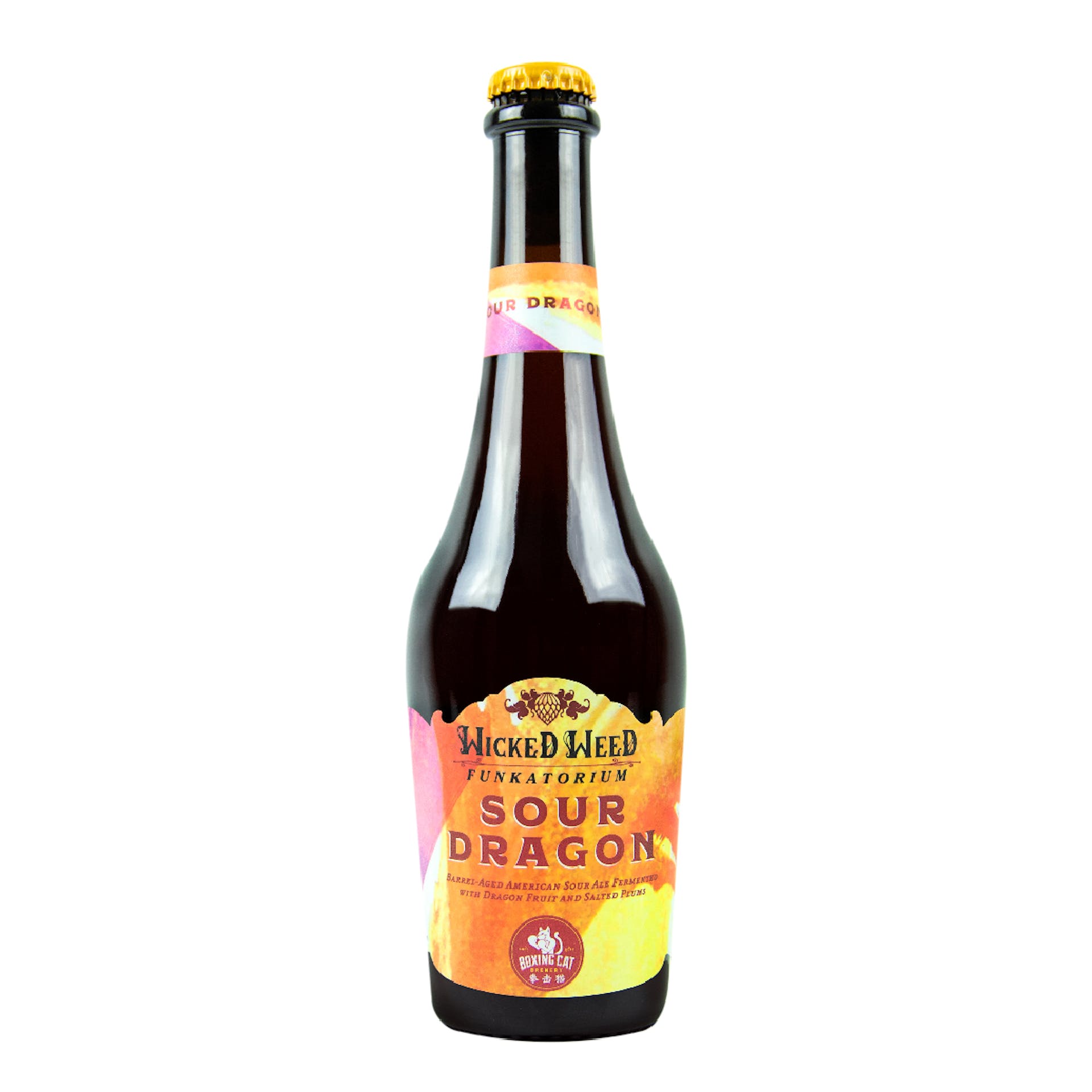 Boxing Cat and Wicked Weed Brewing met in the mountains of Western North Carolina to create their collaboration beer called “Sour Dragon”. After making the long journey from China, these brewers personally selected the best barrels from Wicked Weed’s cellar, including a mix of new and used French oak wine barrels. The beer began as an amber sour that was then aged with Chinese salted plums and dragon fruit. After months of maturation and methodical blending, Wicked Weed and Boxing Cat are proud to unleash the Sour Dragon.