Carpal Tullar at the Funkatorium

Carpal Tullar is the name of both the recording project of Asheville-based Chris Tullar, who has been recording his original music for over 20 years and the band who plays Carpal Tullar music live (with an occasional cover song added to the mix). The music is infectious, lyrically witty, upbeat rock, and spattered with influences from the greats of the 1960s and 70s. Chris is joined by Rob Heyer on bass, John McKinney on drums, and Dave Baker on guitar and keys, all of who have been involved in the Asheville music scene for many years. Carpal Tullar has been played on WNCW, Asheville FM, appeared on NPR’s All Songs Considered podcast, opened for TIFFANY, and even made a musical appearance on CAR TALK. 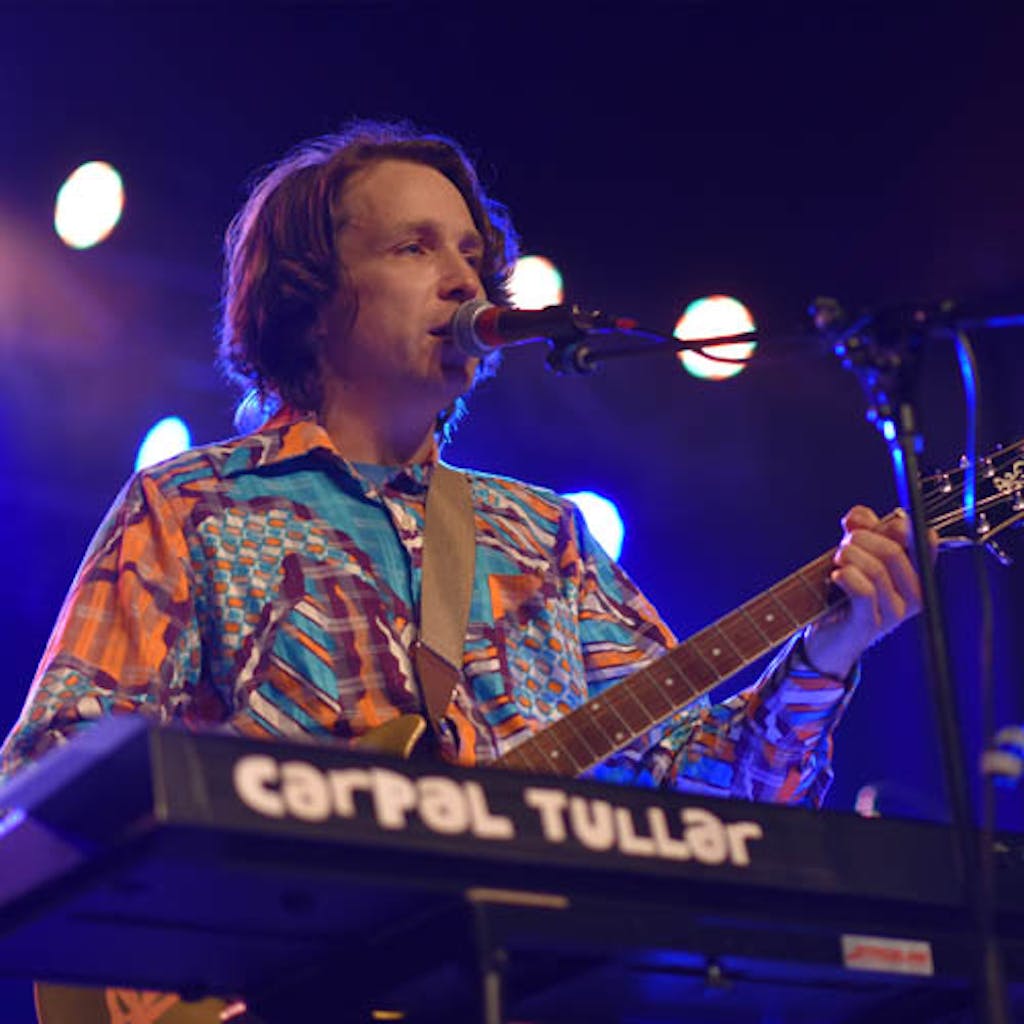