You read that correctly, you can be part of a world record! The fine folks from the Guiness Book of World Records will be onsite to verify that this is the largest recorded Tap Takeover ever, and you can be part of it! Of our roughly 350 taps from different breweries around the country, 150 plus unique beers from Wicked Weed will be available on October 19th.

We will be closed to the public from 10am until 3pm while the Guinness Judge verifies the total taps. During that time, we will have two ticket levels available; General Admission or Rooftop VIP. There will be live music throughout the day, a photo booth and games to see if you can beat some of the wackiest world records.

Proceeds from ticket sales will be donated to Hops for Hope, an event that raises funds for Children’s Flight of Hope. CFOH is a 501c3 organization providing air transportation for children to access specialized medical care.

General Admission: Includes a special commemorative sampling glass and access to samples of 150+ of the most delicious beers on the planet brewed by Wicked Weed.

Rooftop VIP Sessions: Includes the same as General Admission, plus you get 45 minutes on the roof where we will have 12 rare beers to sample including: Angel Series, Morte Series, Limited Release Collaborations and Spontaneous Blends. In addition, the brewers and founders will be on site for a Q&A. The VIP tickets are limited and they will be broken down into 3 sessions: 12pm, 1pm, and 2pm. Please be aware of the VIP ticket times at the time of purchase. 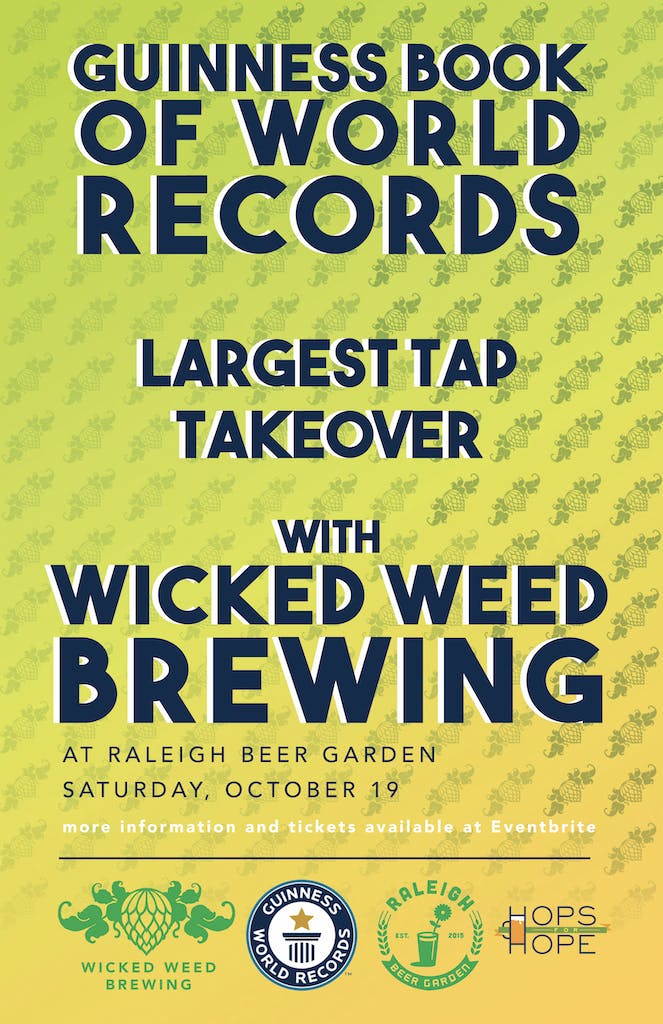